In 2017, American doctors wrote over 191 million prescriptions for opioids. More Americans than ever are taking these prescription medications.

This guide will walk you through the challenges people face during opiate withdrawal. We’ll then look at the ways scientists think cannabis could help.

What is an Opiate?

Opiates are a specific class of medications derived from the opium poppy. They include morphine and heroin, as well as opium itself. They’re known for their effectiveness at relieving pain.

The term “opioids” refers to man-made drugs with similar effects and chemical structures. Many people use this term to talk about both synthetic and natural compounds.

One reason people developed synthetic opioids is because the opiates are all addictive. Scientists hoped to find a less addictive painkiller.

In fact, opiates are so addictive that the medical field has tried to stop using them. Heroin and opium, once promoted in the medical field, are now illegal substances. Morphine is still used in medicine, but it’s tightly regulated.

Opiates are effective painkillers, but they also cause people to feel euphoria. This creates a powerful drive to use the drug again to feel better. Over time, this leads to dependence and addiction.

The Opioid Crisis and Opiate Use

Millions of Americans use opioid painkillers. Most people are using legal opioids. They get these from their doctor.

The opioid epidemic actually caused a dip in the use of heroin. As lawmakers and doctors make it harder to get prescription opioids, people turn to drugs like heroin. Street drugs are sometimes less expensive as well.

The Challenges of Withdrawal

As we said, the medical field has reduced their use of opiates because of their addictive quality. Even after a few days’ use, most patients present withdrawal symptoms.

Withdrawal is often physically unpleasant for patients. They may experience any of the following symptoms:

Patients with addiction also experience strong cravings for the opiate. This powerful urge leads people with addiction to continue using the drug. They’ll continue even when they know there are negative consequences.

With this in mind, it’s easy to see why many people who try to stop using opiates experience relapse. This can happen to anyone, at any point in their recovery journey.

Some researchers asked the question, “Does cannabis help with opiate withdrawal?” Then they set out to answer that question.

There’s some evidence that cannabis for opiate withdrawal could be helpful. Some patients reported they reduced or eliminated their use of opiates and opioids.

Some researchers studying cannabis showed cannabinoids like CBD and THC change brain chemistry. In doing so, CBD and THC might lower the addictive potential of opiates.

CBD in particular blocks the effects of dopamine. Opiates encourage the release of this “feel-good” chemical in the brain. In short, CBD might make opiates less likely to create feelings of euphoria.

In turn, people may be less likely to misuse opiates, because it doesn’t give them the same “reward.”

This includes CBD, which blocks the CB1 receptor in the brain. Blocking these receptors seems to improve withdrawal symptoms.

Scientific research also points to interactions between opioid receptors and the endocannabinoid system. Basically, these two systems work on each other, influencing their effects.

This might be one way cannabinoids make opioids less addictive.

The Case for Cannabis First

Many medical professionals prescribe opiates and opioids because they’re so effective. Their primary use in healthcare is as a painkiller.

Some research shows opiates may not be as good at killing pain as once thought. There’s also a growing body of research that shows cannabis might be as effective as opioids. Many patients report that cannabis helps as much as opioids.

In fact, one of the primary uses for cannabis and products like CBD is pain relief. Experts now wonder if doctors should turn to cannabis before they prescribe opiates.

Current research suggests cannabis has a much lower addiction potential than opioids. When it comes to CBD and opiates, CBD is less addictive. In that sense, it’s much safer to give to patients.

CBD also doesn’t have the same risk of overdose. Accidental overdose is one of the major issues with the opioid epidemic. Using CBD instead could curb the number of overdoses.

There’s also the fact CBD oil withdrawal symptoms aren’t common. It’s much easier to stop using CBD and other cannabis products than it is to stop using opiates.

People who use a high amount of CBD for a long time may experience some of the following symptoms:

Many of these symptoms are like opiate withdrawal, but studies say they’re much less severe. Many people find they’re able to successfully stop using cannabis.

So, does CBD help with opiate withdrawal or not? So far, the science says it could be effective for many people, but we do not know for certain at this point. It seems like a better choice than other opioids like methadone.

In the middle of an opioid epidemic, that’s some good news. If you’re wondering how to lower your dose of opiates or want to stop using them altogether, CBD oil might be able to help.

Talk to the Experts

If you want to kick opiate use to the curb, talk to your doctor about CBD for opiate withdrawal. It could be one part of a successful treatment program for you. You will need to discuss your plans with your health care provider first and foremost. This can become a life threatening situation if not done properly, and working closely with your physician may be necessary.

If you’re looking for more information about CBD, you’re in the right place. Get in touch with us to find out more about which CBD products might be right for you. 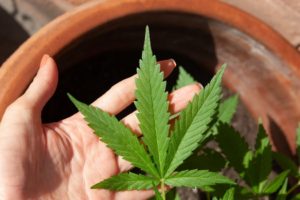