Does Delta 8 THC Make You High?

Delta 8 THC (delta-8 tetrahydrocannabinol) is one of many cannabinoids found in cannabis plants. It’s known to produce effects similar to those produced by THC, which is why many people use it when they want to feel the effect of marijuana, but in a light version. But does Delta 8 THC get you high? The… Read More »

September 9, 2022

Comments (0)

By Jason L

Delta 8 THC (delta-8 tetrahydrocannabinol) is one of many cannabinoids found in cannabis plants. It’s known to produce effects similar to those produced by THC, which is why many people use it when they want to feel the effect of marijuana, but in a light version.

But does Delta 8 THC get you high? The short answer is: Yes.

The long answer is that while it does have a psychoactive effect as the delta 8 binds to your cannabinoid receptors in the brain, we have found that the ‘high’ is not as strong as Delta 9 THC.

The first study was published in 2003 and showed that the substance had anti-tumor properties. Since then, several studies have been conducted. Some of them suggest that delta 8 thc might be able to fight leukemia, multiple myeloma, lymphomas, breast, prostate, lung, pancreatic, bladder, cervical and ovarian cancers. The most recent research shows that it can even prevent brain tumors.

However, there are also studies that say that the substance doesn’t do much at all against these diseases. For example, a 2015 study showed that it didn’t work well against colon cancer, while a 2014 study suggested that it didn’t seem to have any effect on breast cancer.

So, if you’re looking for something to boost your mood, take a look at Delta 8.

Can Delta 8 THC make you paranoid?

Delta-8 THC (delta-8 tetrahydrocannabinol) is a chemical compound found in cannabis which produces psychoactive effects when consumed. It can cause a range of physical and mental symptoms including paranoia, panic attacks, memory loss, hallucinations, confusion, and depression. The effects of delta-8 THC vary from person to person depending on their body chemistry, tolerance level, previous use of marijuana, etc. Some people report feeling anxious or panicky after consuming delta-8 THC while others feel relaxed or mellow.

The first reported synthetization of delta-8 was in 1966 when researchers at the University of California discovered that this type of cannabinoid caused behavioral changes in mice. Since then, many studies have been done to find out how delta-8 affects humans. In 1970, the National Institute On Drug Abuse (NIDA) conducted a study where they gave volunteers either a placebo or a low dose of delta-8 THC. They were asked to take part in a series of tests designed to measure their cognitive abilities such as attention span, short term memory, and working memory. After taking the test, participants were given a drug screen to check if they had any illegal substances in their system. None of the participants tested positive for anything during the experiment. Participants who took the placebo showed no signs of impairment while those who took the low dose of delta-8 experienced moderate side effects like dry mouth, dizziness, drowsiness, and impaired coordination.

In another study published in 2013, scientists studied the effect of delta-8 THC on human behavior. This study involved giving volunteers either a placebo or different doses of delta-8 THC before performing a task called the Continuous Performance Test. During this test, participants are shown a stream of letters and numbers on a computer screen. Their job is to press one key whenever they see a letter or number except the ones they are instructed to ignore. If they do so quickly enough, they receive a monetary reward. After completing the task, participants were administered a drug test to determine whether or not they had taken any drugs. The results revealed that the volunteers who took the placebo performed well on the test while those who took the higher doses did poorly because they became distracted by the tasks irrelevant stimuli.

Although there have been numerous studies on delta-8 THC’s effects on humans, most of them only focused on its negative effects. The few studies that looked into its benefits were very small. However, some of these studies suggest that delta-8 THC might help treat certain diseases. For example, in 2014, a team of researchers led by Dr. David Bearman at Columbia University Medical Center conducted a clinical trial involving twenty patients suffering from chronic pain. Half of the patients received a placebo treatment while the other half received a low dose of delta 8. All patients completed a questionnaire about their pain levels before receiving the treatments. Afterward, they were asked to rate their pain again. Patients who took the low dose reported less pain than patients who took the placebo. Another study published in 2015 used brain imaging techniques to examine the impact of delta-8 THC in treating schizophrenia. Researchers gave participants either a placebo or a dose of delta-8 THC before administering a functional magnetic resonance imaging (fMRI). The fMRI scans measured blood flow throughout the brain while the participants played a game called the N-back Task. This task requires participants to remember a sequence of images flashed on the screen. Each image gets replaced by the next one in the sequence. When the participant sees an image that matches the one that came before it, they must click a button. In this study, the researchers found that individuals who took the low dose had increased activity in the prefrontal cortex compared to those who took the placebo. This suggests that delta-8 THC could be useful in treating schizophrenia.

What is Delta 8 THC Tolerance?

Delta 8 THC tolerance is the level at which users feel the effects of marijuana after taking it. The higher the number, the stronger the effect. It’s measured in milligrams per kilogram (mg/kg) of body weight. A person weighing 70 kg would have a delta 8 tolerance of 1,400 mg/kg.

The most common way to measure the strength of cannabis is through a potency test called a “high.” Potency tests look at the amount of active ingredients in the plant material. In this case, we’re looking at tetrahydrocannabinol (THC). This is the chemical compound responsible for producing the psychoactive effects of cannabis.

So how do you know what dose of weed is too much? Well, there aren’t any hard and fast rules. But some people find themselves feeling uncomfortable when they reach certain doses. Others might start getting paranoid or anxious.

As far as specific numbers go, experts suggest that anyone who smokes more than 15 mg of THC per day should avoid doing so. That said, many people report that they can comfortably handle up to 25 mg of THC per day without experiencing adverse effects.

Our Personal Experience With Delta 8

It took a while for our owner, Jason, to open up to trying Delta 8. He understood that this minor cannabinoid was exactly that, minor, and is not found in large quantities in the plant, and that delta 8 is synthesized from CBD through a chemical process to essentially close the CBD molecular structure.

This process can involve interesting reagents, and Jason is quite skeptical of the abilities of many labs to create safe and effective Delta 8 THC products. After much time researching and testing, he found a few products to try.

Jason found that his experience was inline with the majority of D8 consumers in that the cannabinoids effects are a mild version of Delta 9. And taking more concentrated amounts did produce more intense effects. His most noticeable effects were boosts in mood and reduced pain perceptions. He found his ability to focus on the work he was doing was improved.

He didn’t experience feelings of anxiety in low doses, and the same for high doses. Though he credits that to his many years of cannabis consumption.

What is Stacking CBD?

What makes cannabis flowers so sticky and frosty looking? Trichomes are responsible for that and so much more. But what are they? Find out below. 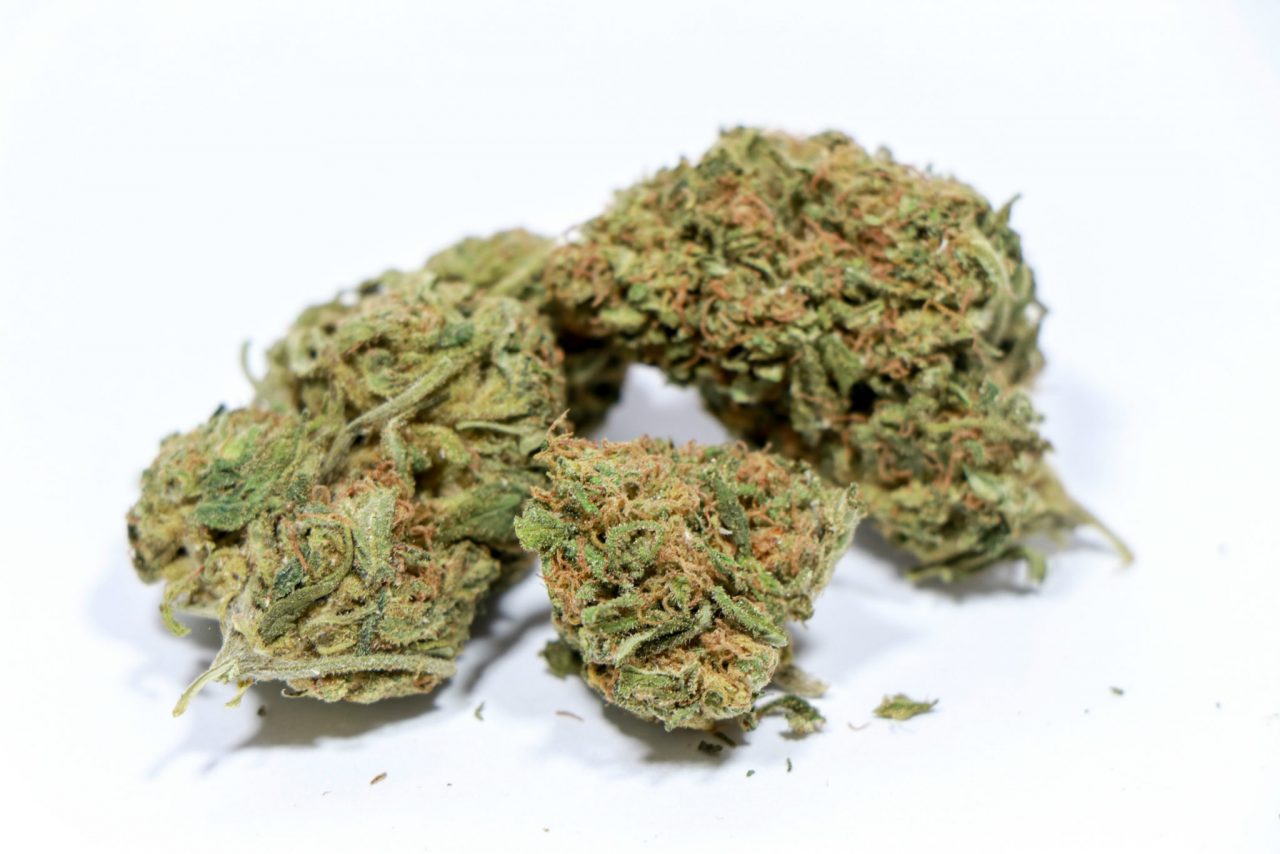 Another item that is super exciting is seeing how folks and companies are bringing minor...

Decarboxylating Cannabis – How To Decarb Weed

Prior to creating infused cannabis products for yourself, knowing how to decarboxylate cannabis is an important yet often overlooked step in the process. Find out how to decarb weed properly here.

Guide to Infusing Honey with CBD

CBD and honey are a combination not many would expect, yet they’re somehow a perfect match. In...