CBD tinctures, also called CBD drops or CBD oil drops, are CBD oil (the essential oil of high CBD low THC cannabis plants) that have been mixed with a carrier oil like organic olive oil or canola oil as many other essential oils are. The CBD oil can be extracted from the plant with alcohol (the oldest method) but the C02 method produces a a higher quality product. In this method, CO2 is pushed through the cannabis at low temperatures using high pressure.

The carrier oil dilutes the CBD oil in CBD tinctures so it can be taken orally. Although sprays are available, the most popular way to take CBD tinctures are sublingually (under the tongue), dropped there from a medicine dropper or from an oral dispensing CBD syringe. Drops can also be mixed with smoothies or other drinks, a good way to give them to kids.

Many CBD tinctures are flavored with delicious tasting natural ingredients like honey, ginger, spearmint, chocolate, chocolate mint, strawberry and various types of citrus like lemon and orange. If you get the unflavored CBD tinctures, the taste will be earthy and slightly sweet. Some prefer it. If you have stopped smoking, and miss the taste of tobacco, there are even CBD tinctures that are Cafe Mocha flavored. If you are dating or have a partner, you may want to consider his or her preferences before making a selection!

Cannabis grows wild over a wide geographic region. Historians, archeologists, and botanists have proven that CBD tinctures were used for thousands of years B.C. for medicinal purposes. There are well documented cases of this by the ancient Chinese (as early as 2900 B.C.), the ancient Egyptians, the Phoenicians, and the early Islamic cultures. It was also used extensively in ancient Ayurvedic medicine in India. According to religious scholars, Jesus made CBD tinctures by mixing cannabis oil with olive oil, herbs, and spices. Hemp oil was used extensively throughout the Middle Ages. The Hebrews made “holy anointing oil” using cannabis oil as a main ingredient and the word “Christ” roughly translates to “the anointed one.”

Medical cannabis in the form of tinctures was used extensively in the 1800s. Queen Victoria used it to ease menstrual cramps. CBD tinctures were sanctioned by the United States Pharmacopeia by 1850. However, the oil was imported from India and Madagascar until supplies were interrupted due to the outbreak of World War I. After this, the United States government deemed cannabis oil such an important medicine to the troops, there was an all out effort to grow it in the United States. It is estimated that 60,000 pounds of cannabis was grown in 1918 for this medical purpose. CBD tinctures continued to be very popular in American medicine cabinets will into the 1930s until the American Medical Association spoke out strongly against it (after new highly profitable drugs come on the market like aspirin and morphine) and proposed that it be taxed heavily. After this time, CBD tinctures began to fall out of favor as the government increased control over the substance and medical community became more focused on making profit.

For the best effect, you should always look for CBD tinctures that contain full spectrum CBD oil like the ones we sell. It has been clearly shown the CBD works synergistically with other cannabinoids, terpenes, and the vitamins in cannabis oil. Therefore, you do not want CBD tinctures where the CBD has been isolated from other cannabinoids and terpenes. You should also be sure to look for CBD tinctures where the CBD oil is obtained from the flower head and leaves, not the stalk from industrially produced hemp used to produce fiber. This will ensure both the quality and the quantity of the CBD in the CBD tincture. 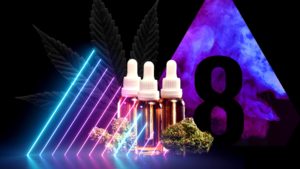 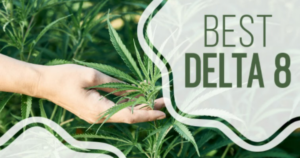